At the beginning of the pandemic we heard people clamoring for space to get outside and safely walk, bike, run and get to essential services. With crowded sidewalks and parks, people felt like they had nowhere to go where there was enough space to socially distance. So we set out to listen to community members and come up with a plan of action.

We developed a community-sourced plan for Stay Healthy Streets incorporating suggestions from city residents citywide. Our community survey was shared widely in pieces by KUOW, the Seattle Times, The Stranger, Seattle Bike Blog, and other media outlets, and received hundreds of suggestions. We also utilized our network of local groups and relationships with other organizations to solicit recommendations and vet maps from each district. In District 2, leadership from community and neighborhood-based groups such as the African American Leadership Forum, Bethany UCC, and El Comité offered support and insight on routes. Through these conversations and more, we emerged with a proposed network of 130 miles of Stay Healthy Streets that is at once pragmatic, community-supported, and inspiring.

The City of Seattle was inspired by our work and implemented 24 miles of temporary Stay Healthy Streets and Keep Moving Streets so far. While not perfect, these streets have made a positive difference in our neighborhoods. That’s why Seattle became the first city in the nation to pledge to make 20 miles of Stay Healthy Streets permanent.

The initiative continues to expand, with Lake Washington Blvd being the latest and biggest example to date. But we need your help to keep engaging community members, and working to bring this initiative to more neighborhoods. Donate or volunteer to this effort today! 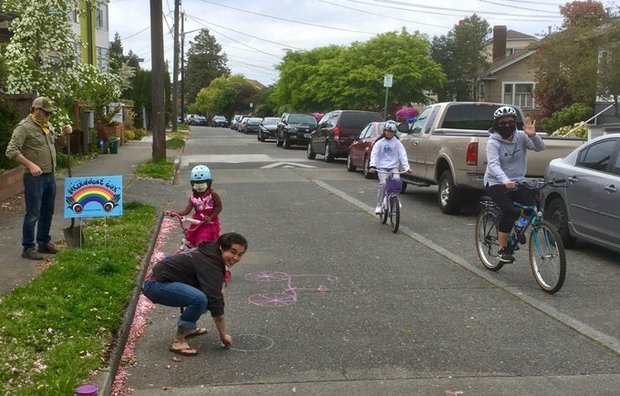 The story doesn’t end with Stay Healthy Streets. We have a platform of 8 ideas for Safe Streets For Social Distancing to encourage the city to rethink how our streets could better serve people’s everyday needs.

We’re making progress on these ideas: 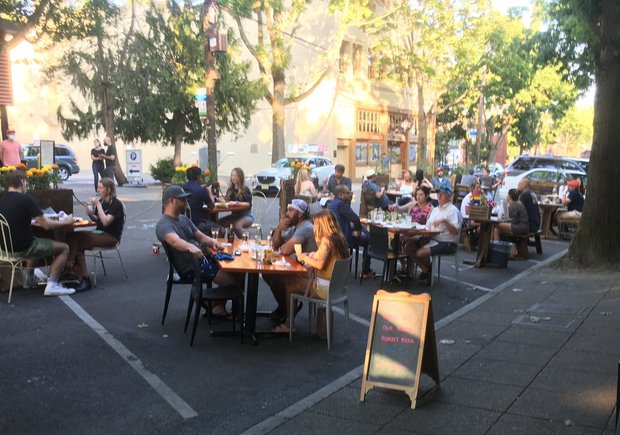 Founded in 2011, our earliest win gave us our name: we provided the vision, community outreach, and momentum that led city leaders to incorporate neighborhood greenways — traffic-calmed streets that are safer for walking and biking — into Seattle’s street plans. From there, we embarked on a multi-neighborhood listening effort to discover what mattered most to communities across the city and build our grassroots power.

Responding to what we heard from the communities we serve, we expanded the scope of our work to tackle an ambitious set of goals including:

Across the city, we have a proven track record of success. In 2014, we won adoption of the best bicycle infrastructure plan in the country (at the time). In 2015, we were a key player in crafting and passing a transportation levy that primarily invests in climate-friendly types of transportation: walking, biking, and transit. In 2016, we led a successful campaign to reduce speed limits on 2,500 miles of our streets. In 2017, we won $83 million for walking, biking, parks, and affordable housing by convening and organizing the Community Package Coalition. In 2018, we put pressure on the mayor through Seattle’s first people-protected bike lane and a letter-writing drive, and got the city to commit to building out the Basic Bike Network for downtown Seattle (which we designed). In 2019, with support from our colleagues in the MASS (Move All Seattle Sustainably) Coalition, we won eight major citywide wins for safe street infrastructure and policies — and we adopted a new Strategic Plan and Racial Equity Plan that chart a bold course for leading our city down the right path. And now we are responding to the needs of the community during this pandemic.

As a grassroots, bottom-up organization, we need you to continue this work! Donate or volunteer to this effort today! 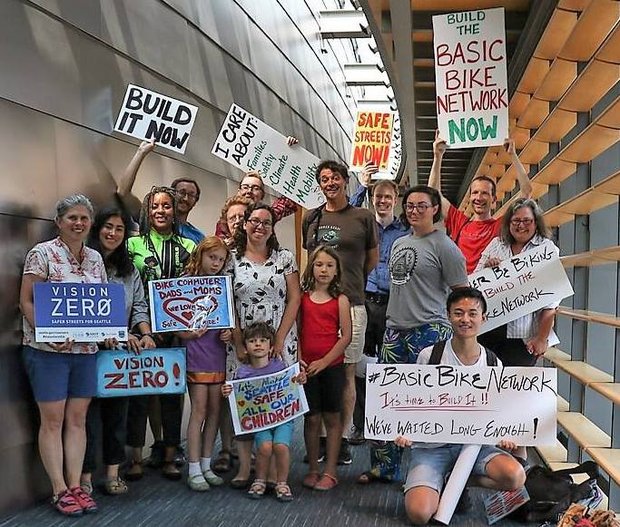 Our grassroots network includes 15 neighborhood groups in every region of the city, plus close partnerships and alliances with 50+ community organizations. Together our work has led to major safety improvements citywide. 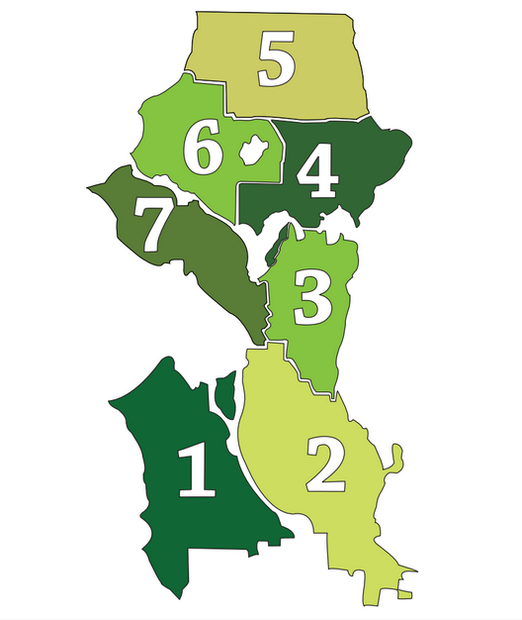